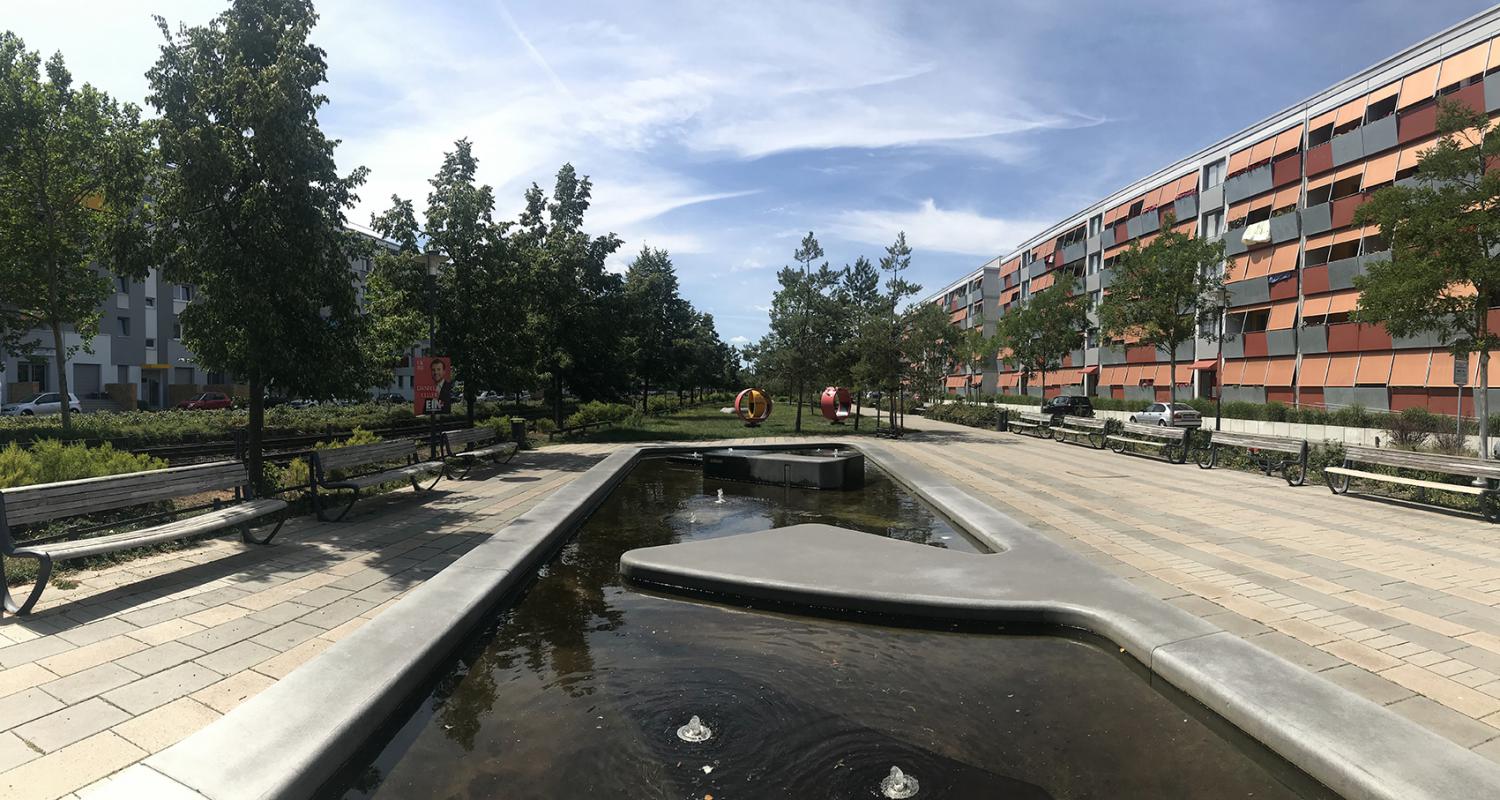 In this blog article, Katie Kershaw reflects on an inspirational study trip to Potsdam, Germany with the Matrix Housing Partnership with whom she is a board member.

The Matrix Housing Partnership is a unique co-operative of nine highly skilled associations providing affordable housing and health & social care services. The partners collectively manage over 100,000 homes across the wider Midlands region. As part of our joint working, the Matrix partners have undertaken a series of best practice study visits, with recent tours to York and Freiburg in Germany.

This latest trip to Potsdam, a small city on the outskirts of Berlin, focussed on estate renewal, sustainable regeneration, and the planning of large scale new communities: all highly relevant issues to a partnership that has been identified as a Wave 1 Strategic Partner with Homes England, securing £77million of funding to deliver 2,257 additional new homes by March 2022 through their ‘New Ways of Working’ programme, which aims to take significant steps towards dealing with the UK’s housing crisis.

The study visit allowed the partners to learn from completed schemes and planned future development, together with having the opportunity to visit Potsdam’s historic core to understand the city’s complex historic narrative, from its origins as a summer residence of Prussian kings (and the significant number of palaces and designed landscapes resulting from this) and the creation of a Dutch Quarter to house skilled artisans; to the widescale destruction of the city during the Second World War; the subsequent occupation by the Red Army during the period of the German Democratic Republic (GDR); right through to its modern renaissance from the 1990s onwards. This unique history poses both challenges and opportunities to development.

Gartenstadt Drewitz
Our first stop was Gartenstadt Drewitz (Drewitz Garden City), where significant investment has been made to regenerate a GDR era tenement scheme, which suffered from a low quality, unengaging environment, a lack of useable public space / facilities, car / highway dominance and a poor reputation.

Our host, ProPotsdam, a city-owned group of real estate businesses that has spearheaded the regeneration of Potsdam, was tasked with defining a new future for this unloved and disconnected neighbourhood. After undertaking extensive public consultation, including specifically reaching out to the children of the neighbourhood, in 2006 a masterplan was revealed.

As of 2019, Drewitz Garden City is still very much work in progress, with a number of apartment blocks yet to be renovated. Key features have, however, been delivered, the most significant of which is a linear park along a former highway, which has created a focal point for the community, intersected by a secondary green route which provides a pedestrian link to nearby points of interest. Oskar, a mixed-use building providing a community centre and school, creates a further meeting point for the community, where a varied range of events run alongside education to foster multigenerational integration.

Other key features of the development include:

Even before full completion, the results are impressive:

Gartenstadt Drewitz is an inspirational case study in estate regeneration, not because it is perfect in design terms (it isn’t and doesn’t claim to be), but rather because it demonstrates how those tasked with regeneration can truly put the needs of an existing community as the principal focus of their efforts. In doing so, Drewitz provides an excellent example of Jan Gehl’s approach to placemaking: “First life, then spaces, then buildings”. The proof of its success is in the statistics, with 90% of the existing community remaining in situ.

Our next focus was a planned community at Krampnitz. This 140ha site was originally a cavalry barracks for the German military, planned in 1935/6 and opened on September 1st1939, designed by the architect Robert Kish and delivered in the German Garden City style, with set piece building arrangements in formal layouts within a heavily landscaped environment.

After the war, the site was immediately occupied by the Red Army, who made their own idiosyncratic adaptations to the buildings and spaces to serve their needs. The site therefore has a rich history and its built environment is rightfully protected by numerous heritage designations. The wooded landscape environment adds another layer of richness to the site which will nonetheless provide challenge to its redevelopment.

So what to do with a unique site such as this? It was heartening to see that best practice principles were being observed in the masterplannning of the future community, led by ProPotsdam, which by 2032 is planned to be the home of around 10,000 people (around 5% of the current population of Potsdam).

The scheme is still in the advanced planning phase, but provides an exciting and ambitious example of a carbon neutral future community in a unique existing environment. As an urban designer, it is the stuff of dreams!

Throughout Potsdam’s history, the city has continually adapted to a radically changing political and social landscape. Its most recent renaissance in the post GDR era has in many ways provided its greatest challenge.

ProPotsdam’s holistic approach and innovative thinking has allowed a highly creative and people centred response to this challenge which is allowing the city to buck the trend of diminishing populations of settlements within the former East Germany and create an aspirational and indeed inspirational environment.

As such, Potsdam formed a fascinating destination for the Matrix partners, with much to draw upon and inspire us as we look to collectively create outstanding places to live across the Midlands. 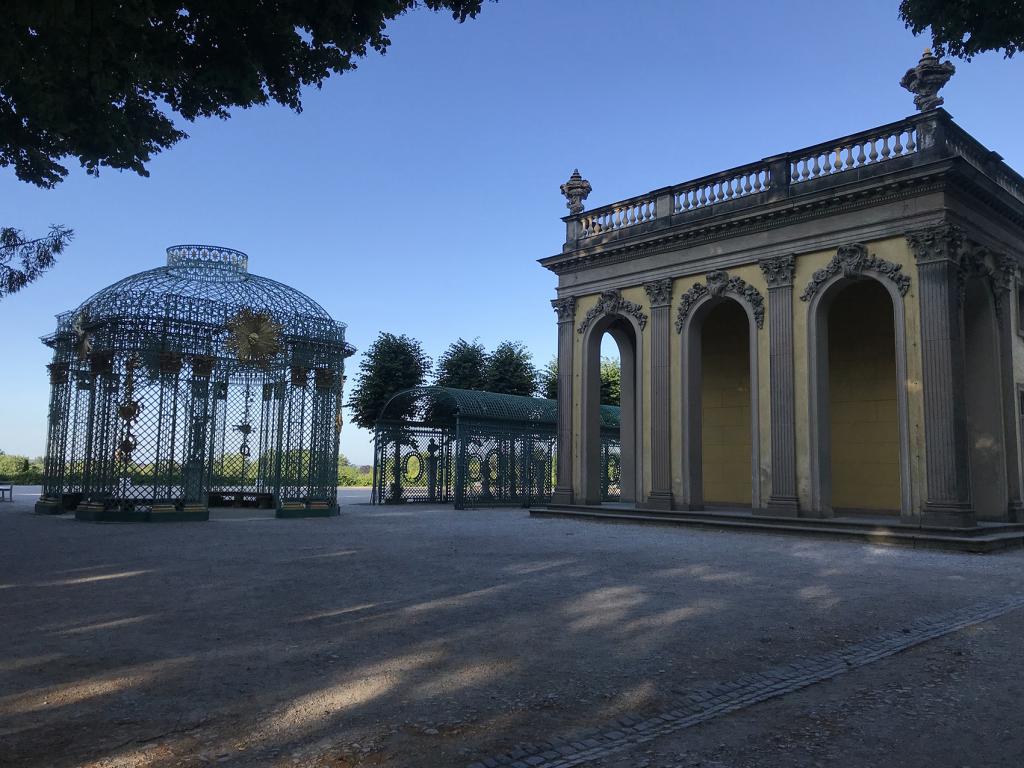 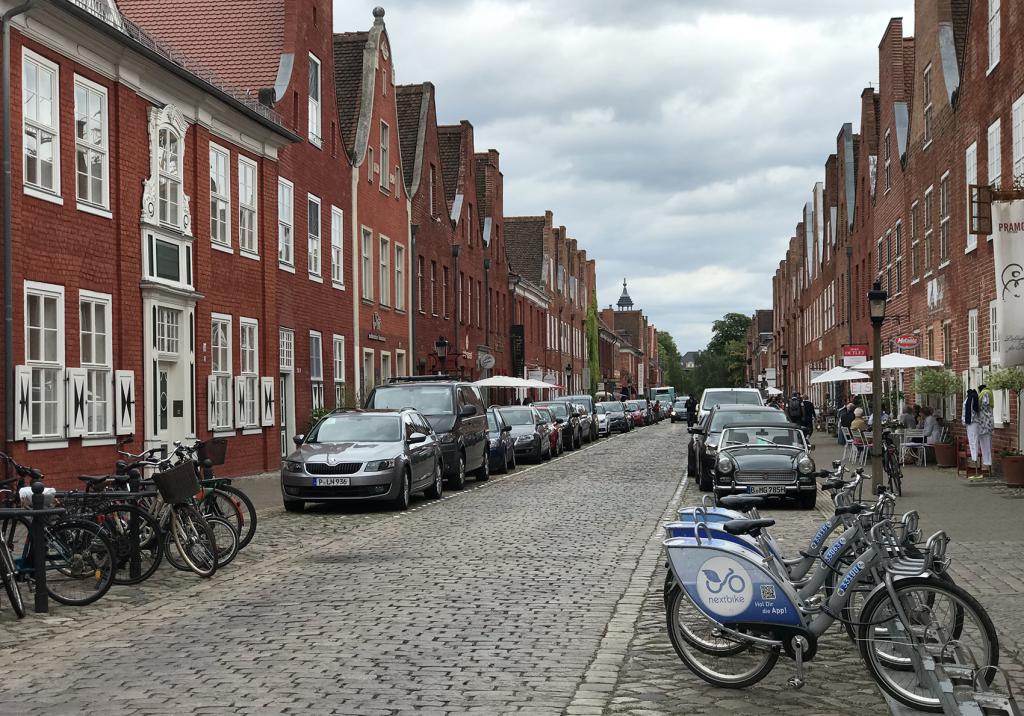 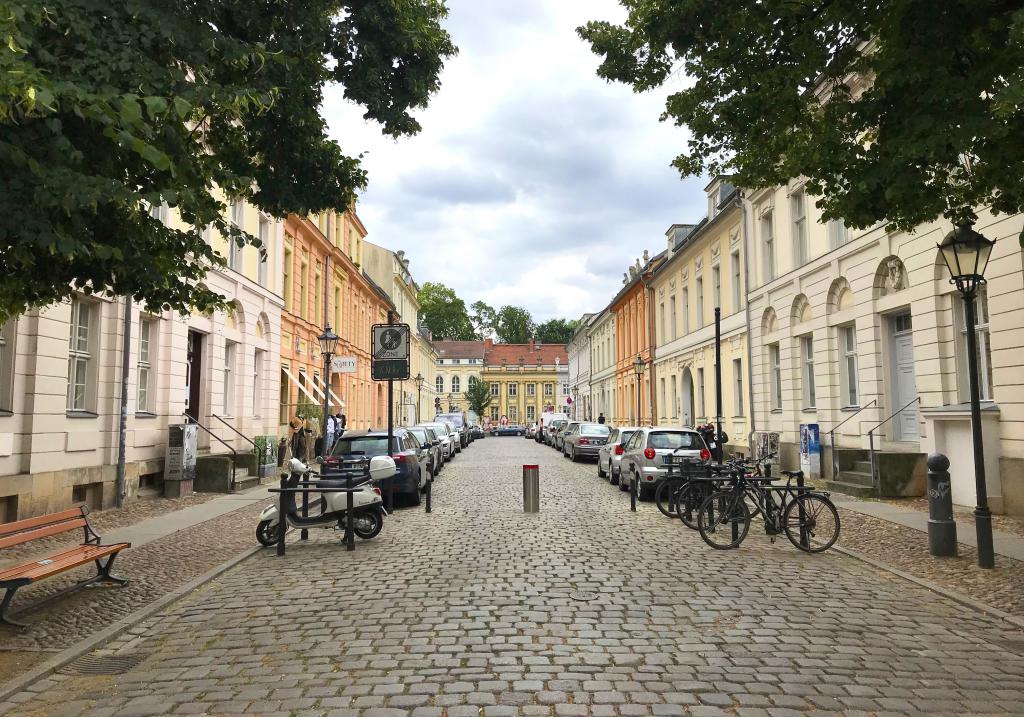 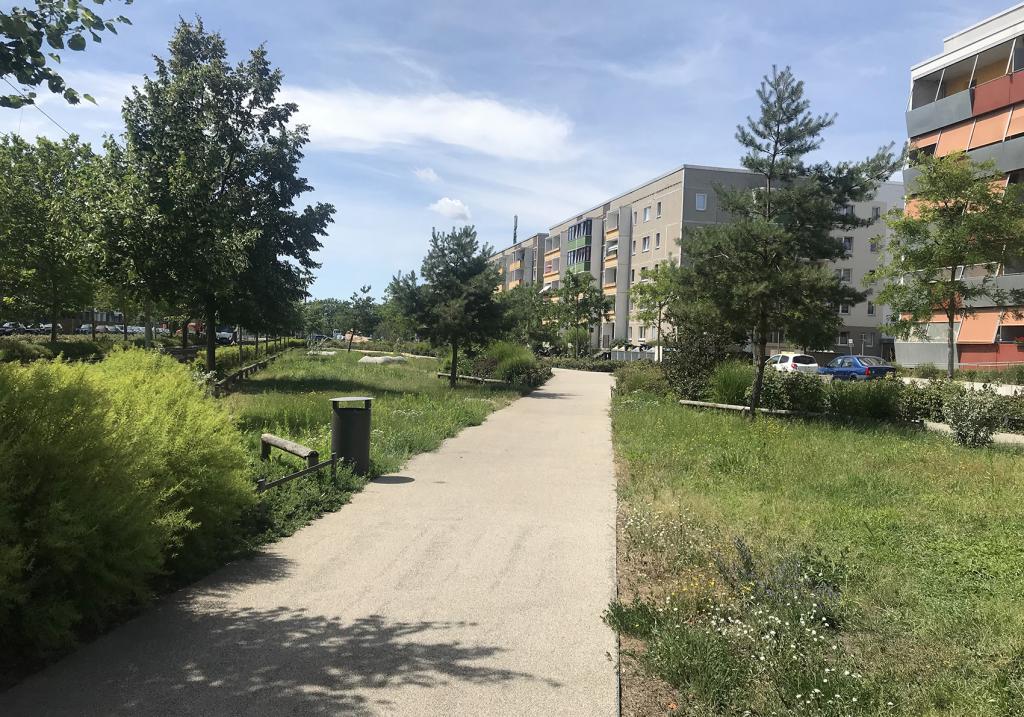 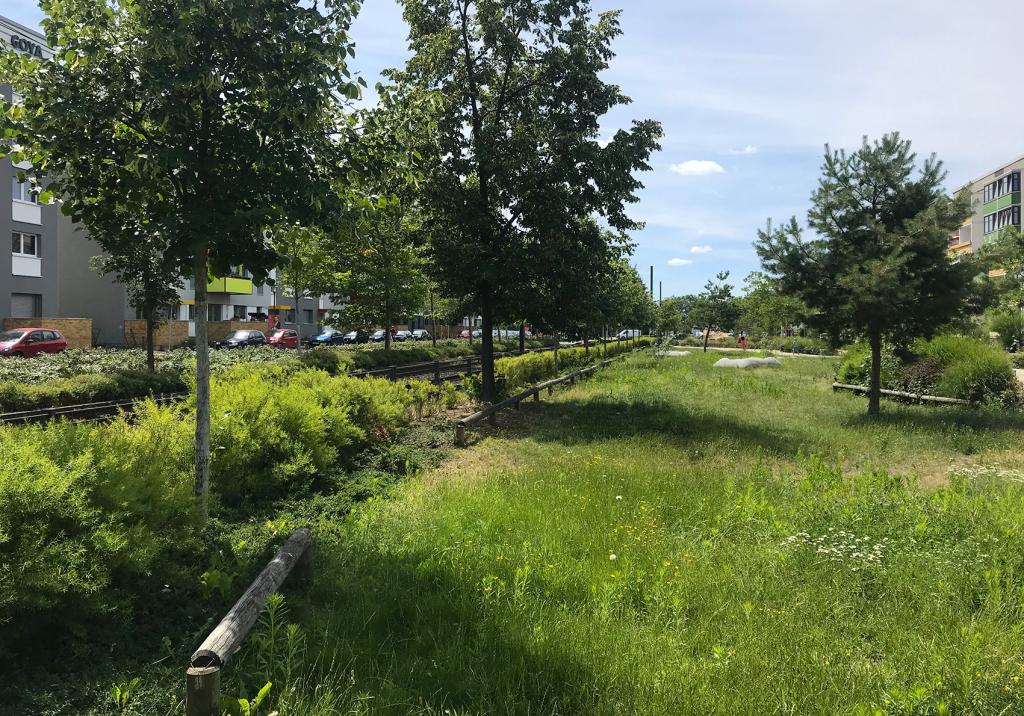 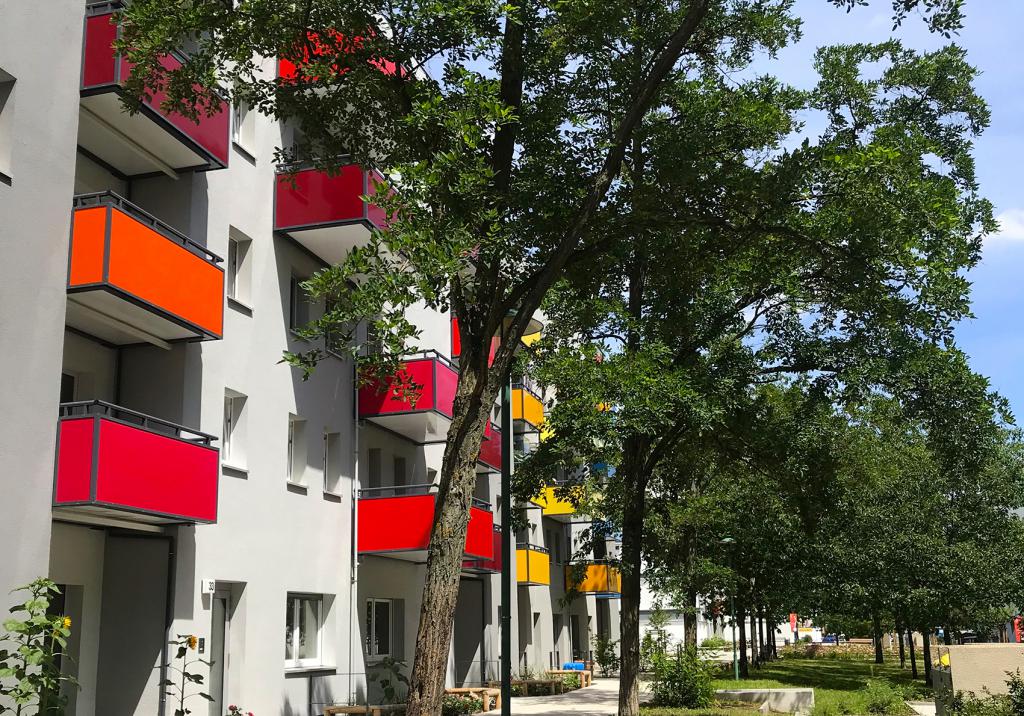 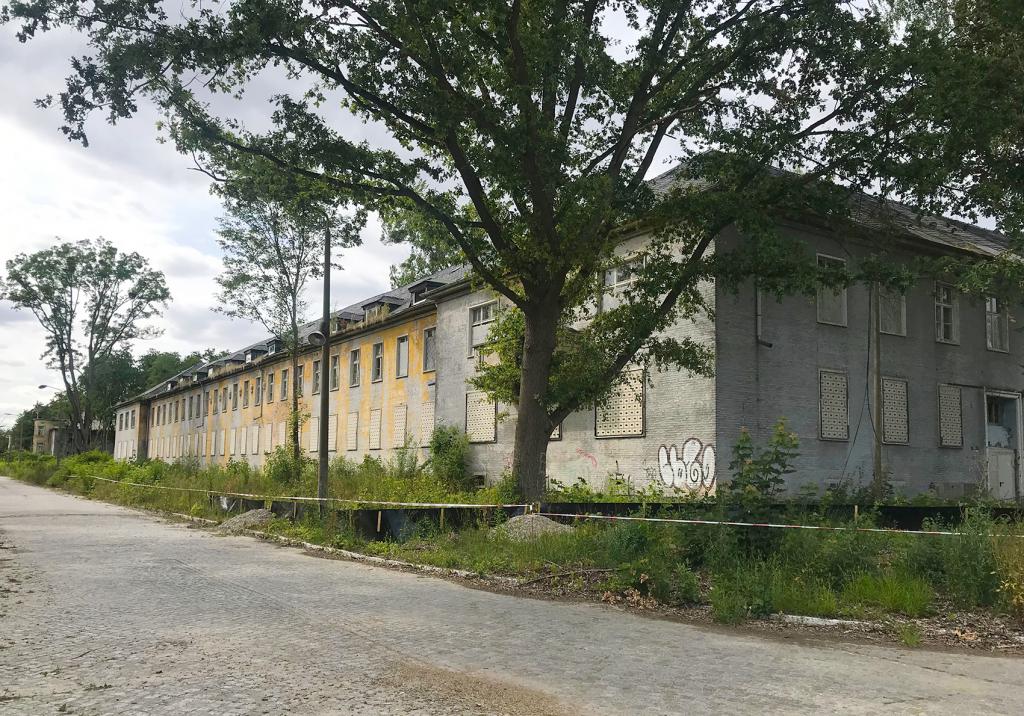 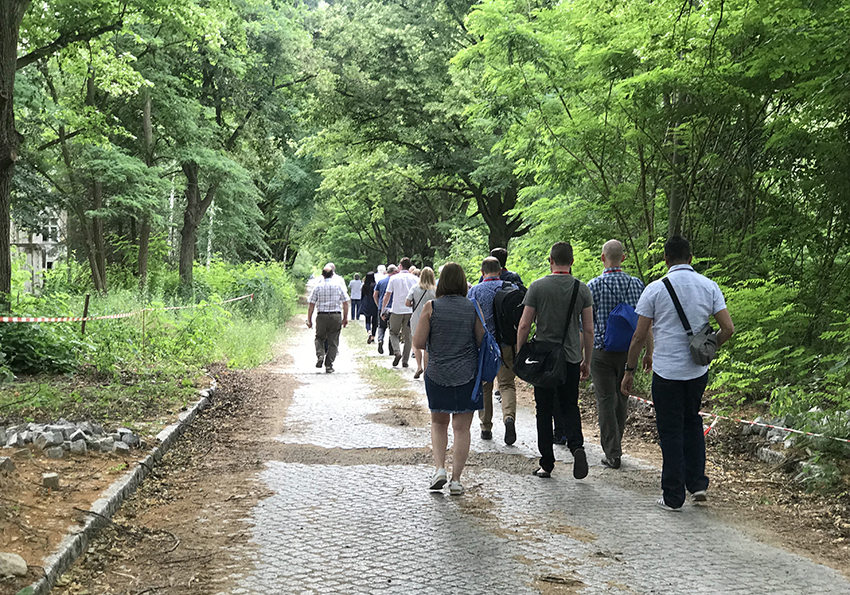 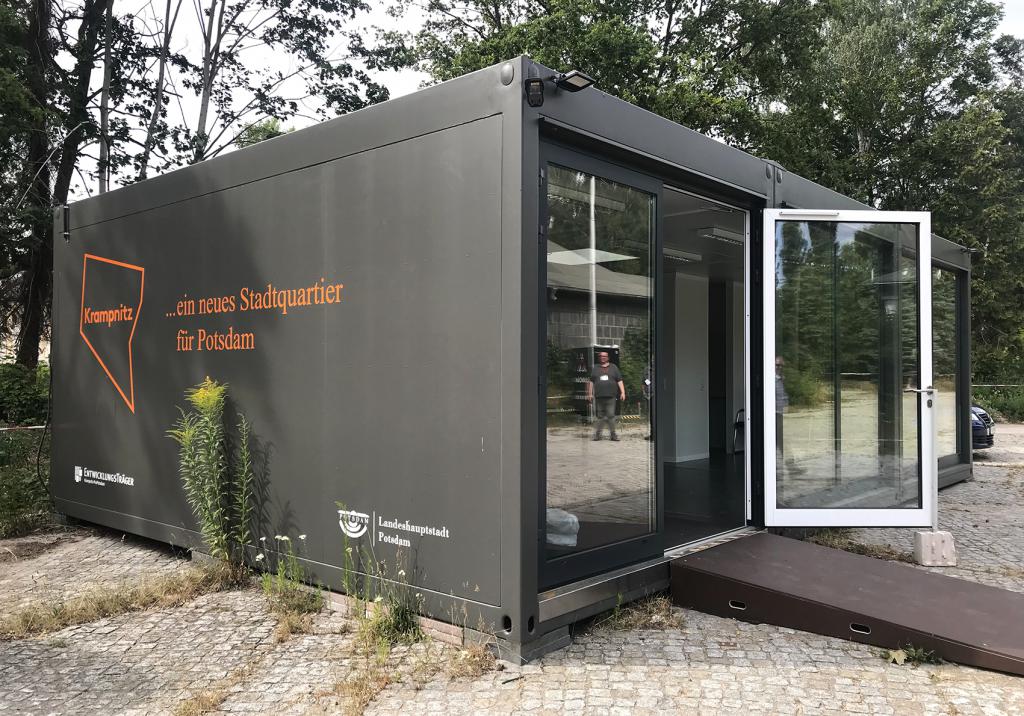