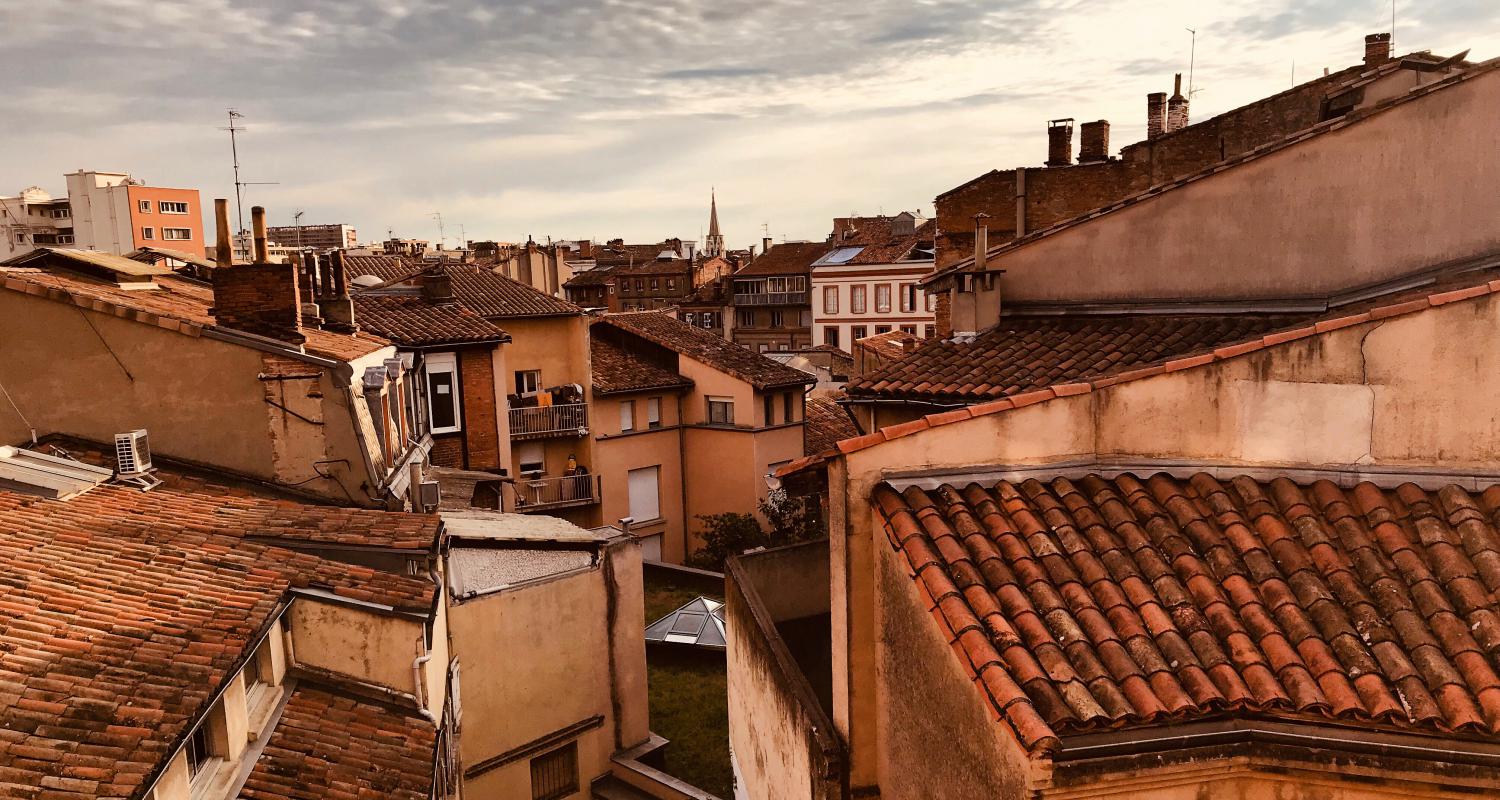 Node director Katie Kershaw has recently returned from a learning exchange in Toulouse, organised by the European Union’s URBACT programme, which aims to foster sustainable integrated urban development in cities across Europe.

The exchange formed part of URBACT’s Regeneration Mix project, which has brought together cities from across Europe to share learning in a range of themes affecting regeneration. Cities include the host city: Toulouse Metropole, together with Baena, Birmingham, Bologna, Braga, Łódź and Zagreb.

The Toulouse exchange focussed on public / private partnerships and citizen engagement as key areas that Toulouse Metropole has sought to develop, in light of contextual issues facing France, including climate change, decreasing public funds, and a crisis of citizenship; challenges which are clearly felt, albeit to differing degrees, all across Europe, not least in the United Kingdom.

The focus was of particular interest to the delegation from Birmingham, a city which is facing significant cuts to public funding, and has a specific interest in better engagement with citizens, with particular reference to the design development process.

Examples of innovative public / private partnerships were shared, including the commissioning of a private sector developer for the collaborative regeneration of a former military site to create a new neighbourhood called Guillaumet. The site had been used for the testing of aircraft, and retains a collection of Art Deco buildings and an attractive, mature landscape structure. The plans for the site include the comprehensive redevelopment of less significant buildings for new housing, an area of significant need in Toulouse, a city which is expanding at a rate of 12,000 people per year.

A dynamic, extensive and thorough process of engagement was undertaken to truly involve the local community in the development of the proposals. This was identified as a key differentiator in Toulouse Metropole’s selection of their preferred developer, identifying how important they considered this aspect of the project. A phase of pre-consultation had already been undertaken by Metropole which had identified some of the key issues for the development to consider. This information had formed a key part of the brief to the potential developer partners with their incorporation of this information into their draft proposals key to their success.

The emotive nature of the site as a major former employer within the local community meant that the site regeneration had to be handled sensitively and with a genuine desire to engage rather than simply inform. An extensive programme of meetings, workshops and community events were undertaken with emphasis given to reaching as diverse and representative a group as possible. The community’s views have, as a result, played a significant role in shaping the design development process and have proved to be well received, with existing local residents choosing to relocate into the scheme and even the establishment of a cooperative living development within the site as a direct result of the consultation process.

The military ownership of the site had required a secured perimeter which created an impenetrable island in the local area, preventing through movement and isolating the communities at its edge. One of the key principles for the site is the reconnection of these communities, providing ease of movement and a new focal point for the community.

Mixed uses that better reflect the needs of the local community are being reprovided within the scheme in an enhanced environment, with a net gain in green space, the retention of the key heritage buildings, including the impressive soufflerie, or wind tunnel, which is planned to be turned into an elevated bar, with climbing wall and shared working space, creating a ‘third place’, meaning somewhere that is neither home nor work, but instead somewhere between the two.

As part of our programme of events we were able to visit the site, meet with former workers at the testing plant, existing and future residents, as well as the developer, consultation consultants and the Toulouse Metropole officers responsible for the project, enabling a rounded view of the project.

The scheme provides an exceptional example of a public private partnership engaging in a collaborative, mature and dynamic design development process, creating the result that everyone wins: the local authority, the developer and the community. The scheme is about to start on site with a four year development programme. I will be back to see it when it is finished!

Elsewhere in Toulouse, a wide range of examples of high quality engagement were presented, showing Toulouse Metropole’s genuine desire to listen to the needs of their citizens.

Cooperative living models are also gaining prominence in the city, both as self-generating mini communities and with the assistance of social housing providers and Toulouse Metropole to establish the site and concept, with influence from inhabitants into the latter phases of design development, including the form of development and the function of shared spaces, including common rooms, kitchens, music rooms, crèches, green space, playgrounds, growing space. Community initiatives included activities, wellbeing events, sharing cooking, growing, shared buying from local farmers and producers such as bakeries, keeping local supply of food, investing locally and reducing costs for residents.

Other means of community empowerment in Toulouse that have proved successful include establishing citizen councils for each of the 20 quartiers of the city, to assist in ongoing decision making, together with founding organisations to help incubate small businesses and social enterprises.

Toulouse is undoubtedly an incredibly beautiful, historic city. Added to this is an incredible sense of life at all hours of the day and night, courtesy of its student population, vibrant restaurant and bar scene- and helped enormously by an enviable climate. But what is perhaps most impressive is its desire to embrace change, in a sustainable and open way, in full co-design with its citizens.

More information about the Guillaumet project can be found here: https://www.toulouse.fr/web/projet-urbain/amenagements-urbains/site-de-guillaumet-ex-ceat-de-jolimont 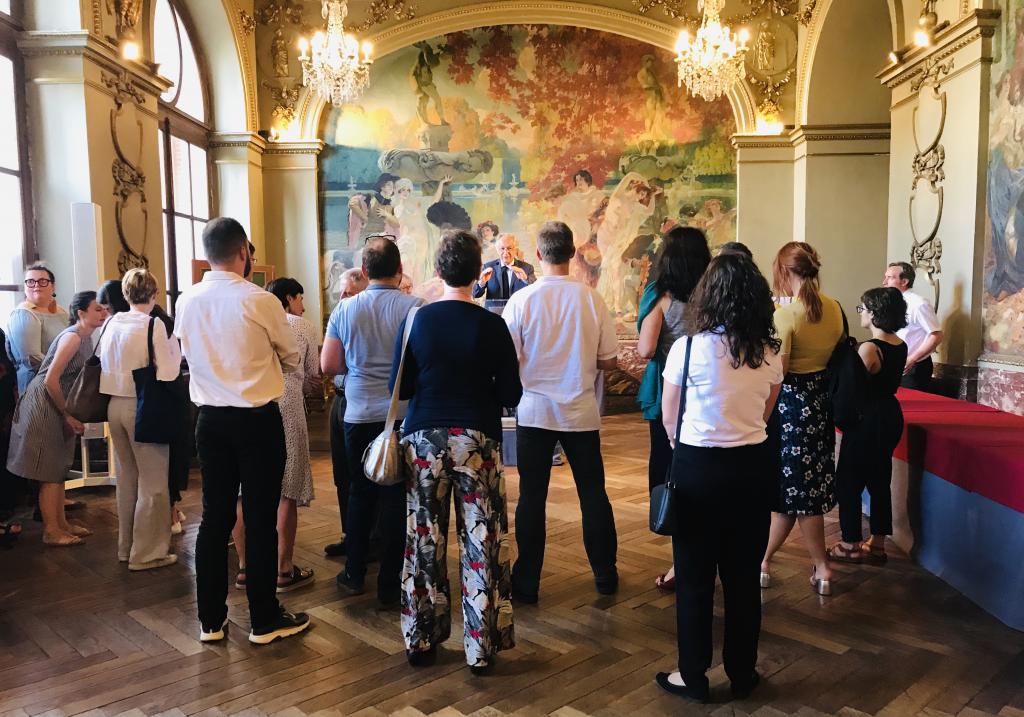 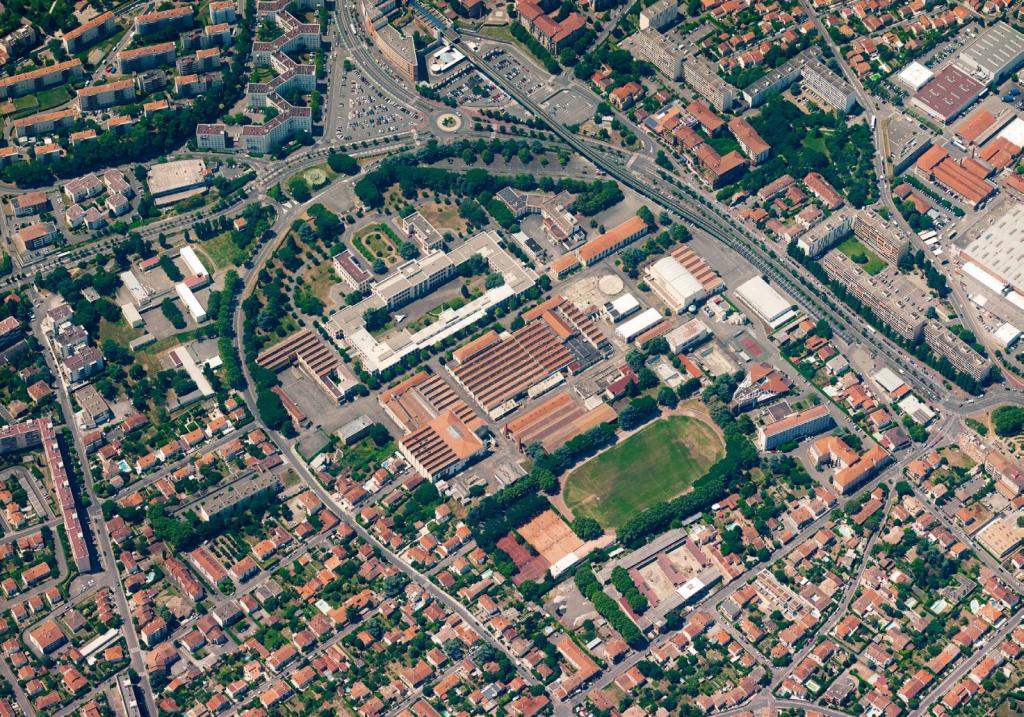 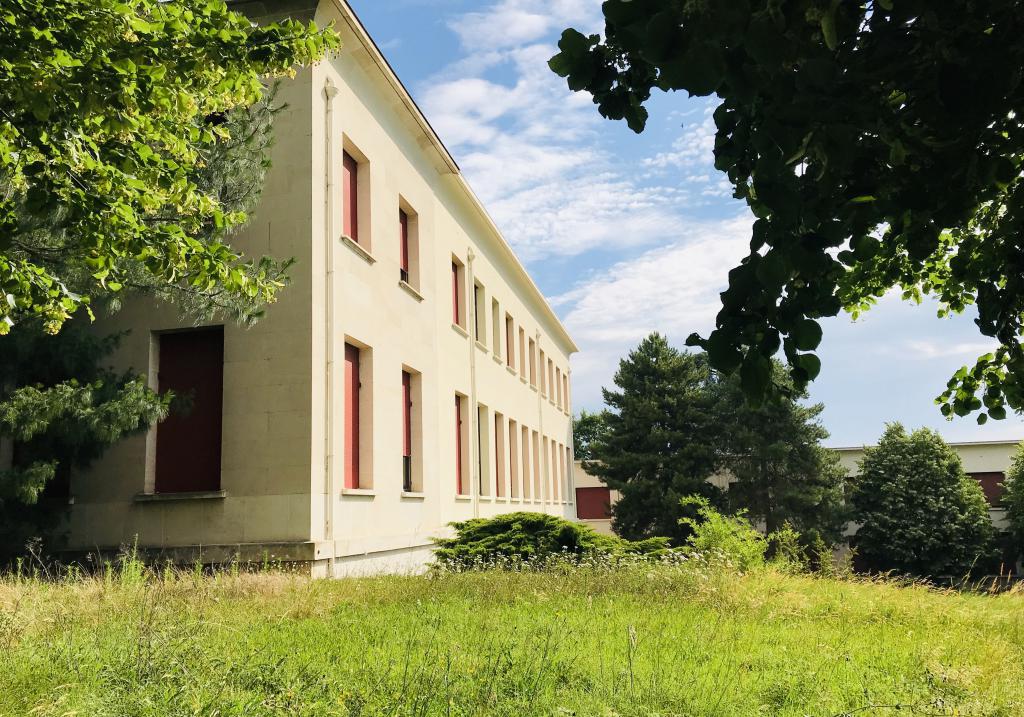 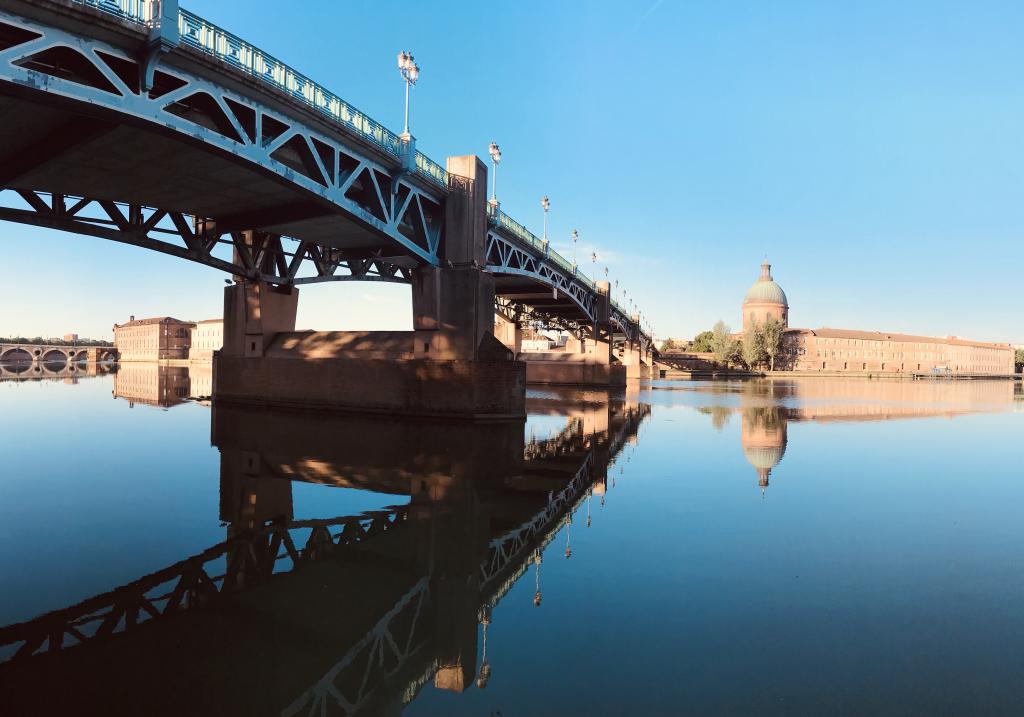 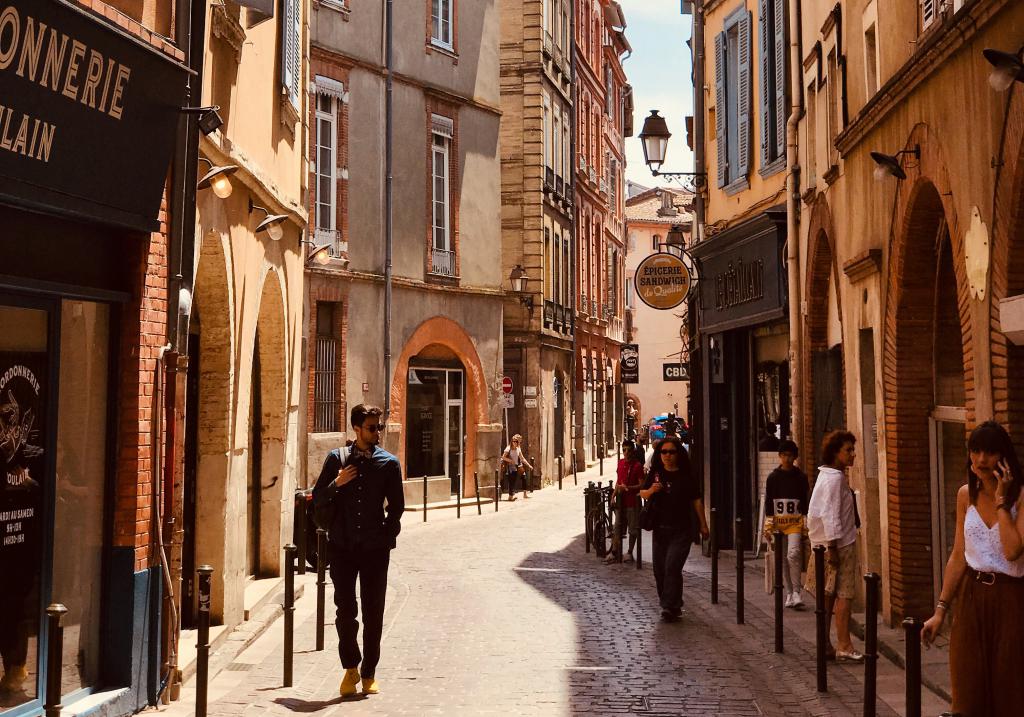 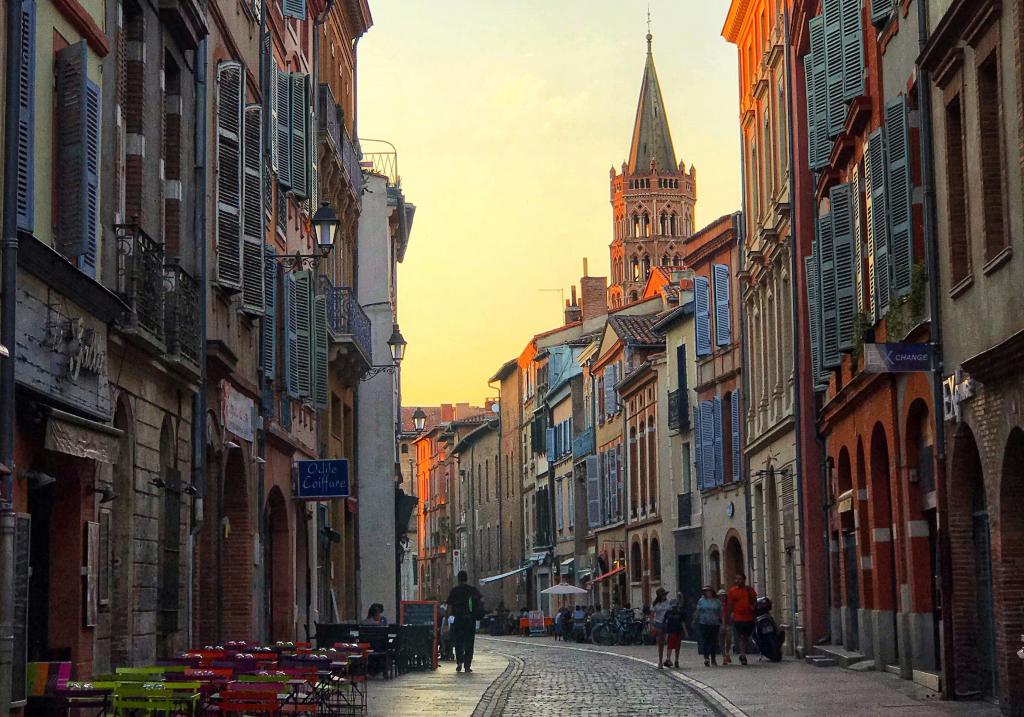