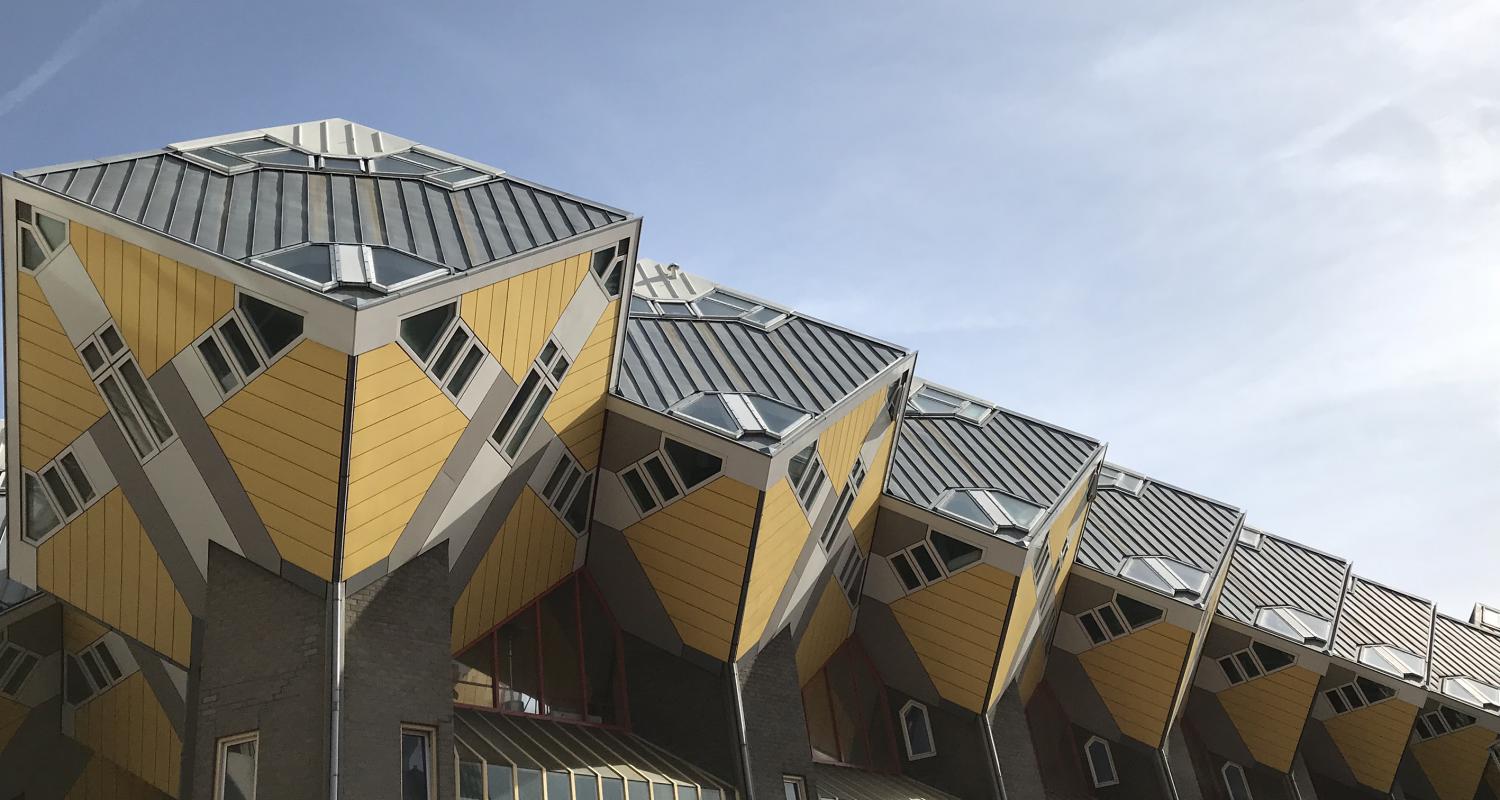 My feet have now just about recovered from my marathon adventure to the Netherlands (see part I!). This instalment focuses on the other great reason for my trip: Rotterdam itself! In between carb loading, I made sure there were plenty of opportunities to see Rotterdam’s architectural highlights…and threw in a few windmills for good measure!

The city has been on my to-do list for many years – and it did not disappoint. The carte blanche afforded to Dutch city planners and architects following the Nazi destruction of Rotterdam allowed creative, open-minded and people-centred design to transform the situation from disaster to opportunity.

The city has made bold moves at every stage of its postwar reincarnation and the results are clear to see. Unlike many UK cities that experienced wartime decimation (not naming any names…), Rotterdam doesn’t seem hell bent on erasing all evidence of its immediate postwar townscape, with remarkably well maintained 1960s and ‘70s shopping precincts playing a central role in the retail core of the city, sitting comfortably alongside commercial and residential buildings from the ‘80s ‘90s and those of the 21stcentury. The result is a patchwork quilt of individual, bold, varied but somehow complementary buildings that together create a unique and vibrant townscape.

Below are some of my highlights:

Erasmusbrug
Possibly the key landmark of the city, the Erasmus Bridge was completed in 1996 to the design of the Dutch architect Ben van Berkel. It is a thing of undoubted beauty, but is also highly practical, providing the largest bascule (moveable) bridge in Western Europe. Its 800m span opened up the opportunity of the Kop van Zuid area for development, which today hosts many of Rotterdam’s most significant skyscrapers. Running over it (twice!) was a huge highlight of the marathon.

Markthal
MVRDV’s mixed use building hosts offices and residential apartments located above a market hall, with four storeys of car parking concealed beneath. Like so many of Rotterdam’s buildings, the design is entirely unique, creating a horseshoe arch with glazed facades to each end which allow views and light in. An artwork ceiling by Arno Coenen creates a riot of colour, depicting natural images of fruit, vegetables, flowers and seeds. The building has incredible impact both internally and on its surroundings, where it provides a powerful anchor to Blaak Station Square which despite its scale, manages to complement rather than detract from the Overblaak development.

Overblaak
An absolute must see for any visitor to Rotterdam, Overblaak (constructed 1978-1984) comprises Piet Blom’s pencil shaped De Kolk tower, and the infamous Kubuswoningen, or cube houses: a hugely memorable (if not tremendously practical) vision of an alternative residential model, inspired by the concept of living in an urban forest. Although largely still used as residences, a so-called ‘super-cube’ plays host to a small hotel and best of all, one of the cubes is open to the public as a museum. It is well worth a visit to understand precisely how these tilted cubes function as a home. Anyone that dreamed of living in a treehouse as a child will love it!

Rotterdam Centraal
As you might have guessed from part one, Rotterdam Centraal is officially my new favourite train station. Unusually for a station, it manages to be as aesthetically pleasing inside as it is out. It is highly legible, full of activity, bold, impactful, practical: precisely the sort of station that Rotterdam deserves. With high speed rail options and easy connection to Schiphol, there really is no better way to arrive in Rotterdam.

Het Park
Het Park is the major designed landscape space within the city core of Rotterdam and provides a distinct contrast and welcome relief from the hyper urban core and functional docklands areas. The serene space was designed by Dutch architect Zocher in 1852 and inspired by the English countryside, comprising a series of ponds, undulating walkways, wildflower and ornamental planting, with significant tree coverage.

Euromast
Adjacent to Het Park is the Euromast, an 185m observation tower, designed by the Dutch architect Hugh Maaskant and constructed between 1958-60. It has incredible panoramic views over the city from its crow’s nest platform and restaurant (at 101m), which are made all the better by boarding a glazed donut shaped car, which rotates through 360 degrees as it rises to the top of the building’s ‘Space Tower’. Definitely not for those with vertigo, but a great way to view a truly incredible city.

Reflecting on Rotterdam
So, to my reflections on Rotterdam: before visiting, I thought it would be interesting; instructional. I found it to be so much more than that: welcoming, fun, lively, hugely diverse and truly inspirational. I will be back! 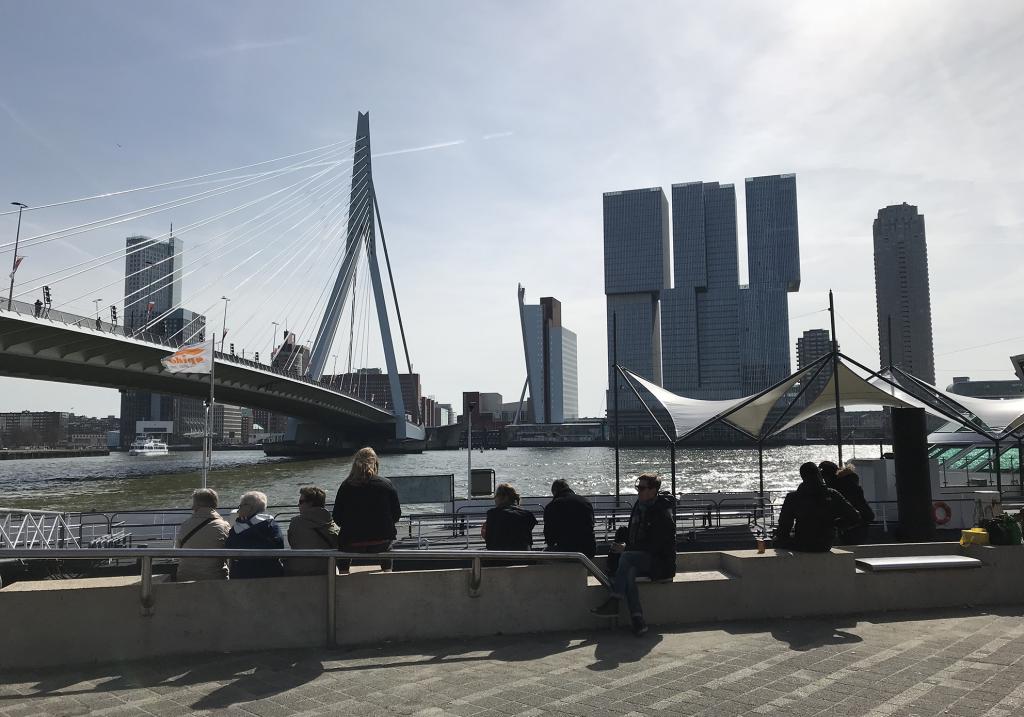 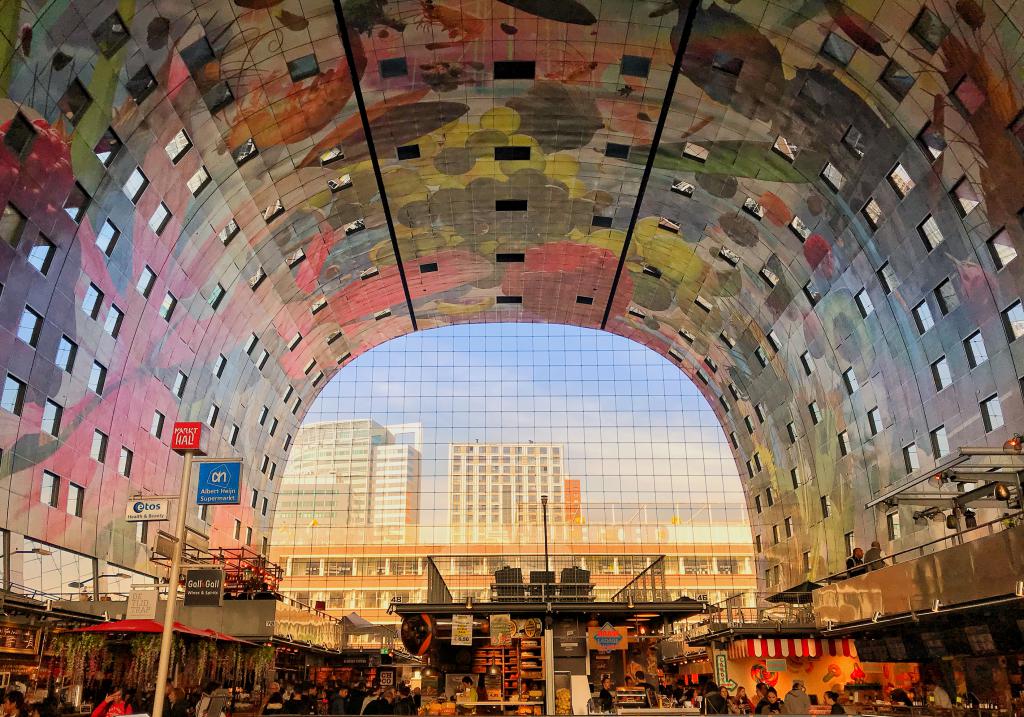 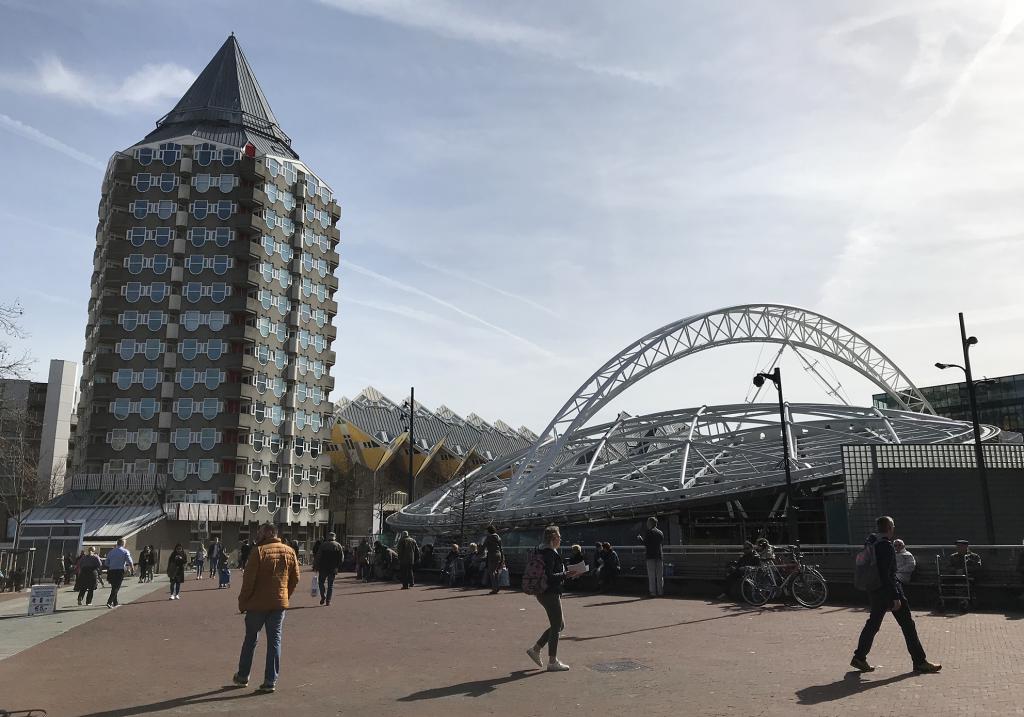 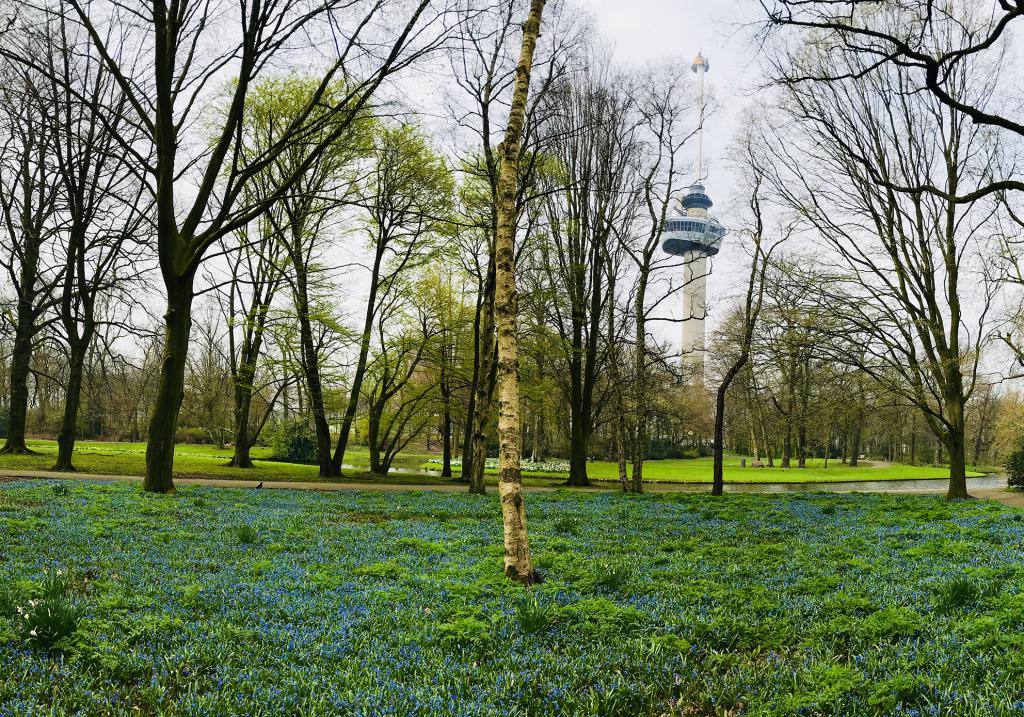